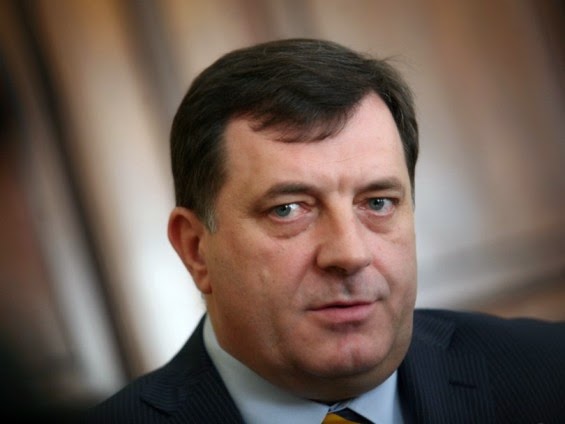 The crime committed in Serbrenica in 1995 was not the struggle in the interests of Serbs; it was the biggest strike against Serbs and cowardice, Republic of Srpska (RS) President Milorad Dodik said. “We need the truth which would be accepted by all”, Bosnian entity leader said in the interview to Politika daily.

As the 20 anniversary of the Srebrenica massacre approaches, Dodik said that RS institutions have not been hiding any of the suspected perpetrators. RS President added that he feels sorrow for all who were killed. Earlier this month, eight men suspected for committing war crimes near Srebrenica were arrested in Serbia.

“This was an enormous crime which also created huge political setback. This is being demonstrated by the propaganda which intends to point finger in all Serbs as possible Srebrenica killers. In the past, Serbs have never committing crimes; on the contrary, they used to behave like knights, not like cowards in Srebrenica”, Dodik said.

However, Bosnian Serbs leader added that Srebrenica issue “requires the new approach, new investigation of the reality which would be accepted by all”. “We want the truth and it could be found by creating a new international commission and we will accept its findings whatever they be”, Dodik explained.

Although he condemns Srebrenica massacre, Dodik does not accept United Nations courts decisions which have stated that Serb forces have committed act of genocide in eastern Bosnian town in July 1995. At the same time, Dodik emphasizes that Serbs were also the victims of the crimes committed by Bosnian Muslim forces accusing international community for turning the blind eye to this events from the war.

новембар 30, 2015
Almost a year ago to the day, I had the distinct displeasure of meeting the man who calls himself the Saker. Our professional relationship lasted less than a month, for reasons I will outline below. We parted on rancid terms and I swore to him that I would make his identity and ideological shortcomings public. I have waited until now due to milestone events in my own life and because, frankly, I was waiting to see what the loon would come up with next. As of the end of last year, I had been following the Saker blog for several years to get news of events in Donbass and when I learned he was looking for volunteers for a Serbian sister site, I applied for the job. My original idea was to contribute some translations on an ad hoc basis but Saker had just had a major falling out with the whole Serbian team and sacked the previous team leader, Aleksandar Jovanovic. He described Mr. Jovanovic as ,,a talented translator with paranoid psychotic tendencies". I didn't delve too de
51 коментар
Прикажи све